“Everybody is a genius. But if you judge a fish by its ability to climb a tree, it will live its whole life believing that it is stupid.” — Anonymous (often misattributed to Albert Einstein).

Everybody is intelligent…. in their own way.

The key is realizing that there are many types of intelligence.

The article “Learning through Many Kinds of Intelligence” offers an easy-to-understand overview of the Theory of Multiple Intelligences developed by Dr. John Gardner. Dr. Gardner suggests that there are at least eight types of intelligence. A ninth has since been added to his original list. Recently there’s been talk of adding a tenth: Technological Intelligence. (Or, in keeping with the convention of having more casual names as well, what I like to call “Computer Smart”. The US Department of Commerce calls it “digital literacy”. ) Another example is submitted by Jennifer Kahn when she speaks of what she calls Emotional Intelligence in her article “Can Emotional Intelligence Be Taught?”

People often mistakenly think intelligence is something you’re born with rather than something you gain and develop. They think that if you didn’t get it at birth, you’re doomed to a life of never being able to learn anything of any complexity.

But this is far from the truth. There is no such thing as just knowing something without having learned it first. Nobody has innate knowledge of anything (other than those things that are instinctual, like breathing, or recoiling from pain). Learning certain things may come easier than learning other things, but this stems more from past experiences, aptitude, affinity, or passion. It has nothing to do with ability. And the list will be different for everybody. Your strengths and weaknesses may be someone else’s weaknesses and strengths.

The bottom line is that anyone can learn anything if they want to bad enough and work hard enough.

Which brings to mind another quote often misattributed to Einstein (it was actually Edison):

There’s a difference between talent and intelligence. Talent stems from aptitude; intelligence stems from knowledge. Gaining knowledge IS gaining intelligence. Even without inborn talent or the benefit of past experience laying a solid foundation, you can still learn something. Anything. All you need is enough passion, enough desire, or enough need to work hard at it regardless of how difficult it may be.

The testimony from Arthur Jensen in the article “Why Are We So Obsessed with IQ” is filled with similar wisdom:

“It has been much more useful to me to determine, in relation to my specific goals, what specific things I knew or could do and what things I didn’t know or couldn’t do, and then set about working to learn the necessary things. That done, you go on the same way to the next step, whatever it may be. Your acquisition of knowledge and skills gradually cumulates to some level of mastery in the things of importance for the realization of your ambitions.”

So don’t despair if you feel you don’t have an aptitude for a certain kind of intelligence. Don’t feel bad that others seem to learn something easier than you. They may have an aptitude for linguistic (verbal) intelligence, whereas yours may be in kinesthetic (physical) intelligence, but both can — and should — be learned by each of you. Rather than comparing yourself to others, compare your current self to your former self. http://cristianmihai.net/2017/05/23/who-you-are-vs-who-you-want-to-be/ Are you growing? Are you better than you were last week? Do you have knowledge now you didn’t have then?

Never say that you can’t learn. You can. Intelligence of any kind CAN be learned and developed by practice and study. All it takes is a desire and a determination. Don’t get frustrated and quit, just keep at it. The more you practice, the better you’ll get, improving your “smart” in that area. Soon you’ll be better at it than someone who seems to have a natural talent for it but doesn’t work hard at improving it. Then you’ll be the one landing that dream job. You’ll be the one to win that chess match or bowling game. You’ll be the one friends come to with computer questions. You’ll be the one that can spell anything.

Can a fish learn to climb a tree?

The answer will surprise you! The next time you’re in Africa, stop by and ask the mudskipper  what he thinks. You’ll find him in a tree, just sitting there on a branch catching some sun.  Seriously! He may be exhausted from grasping the trunk with his front fins and pulling himself up little by little, but it should be pretty obvious how proud of himself he is. You can see it in his face.

It’s a good thing he didn’t listen to the naysayers who tried to make him feel too stupid to learn it! 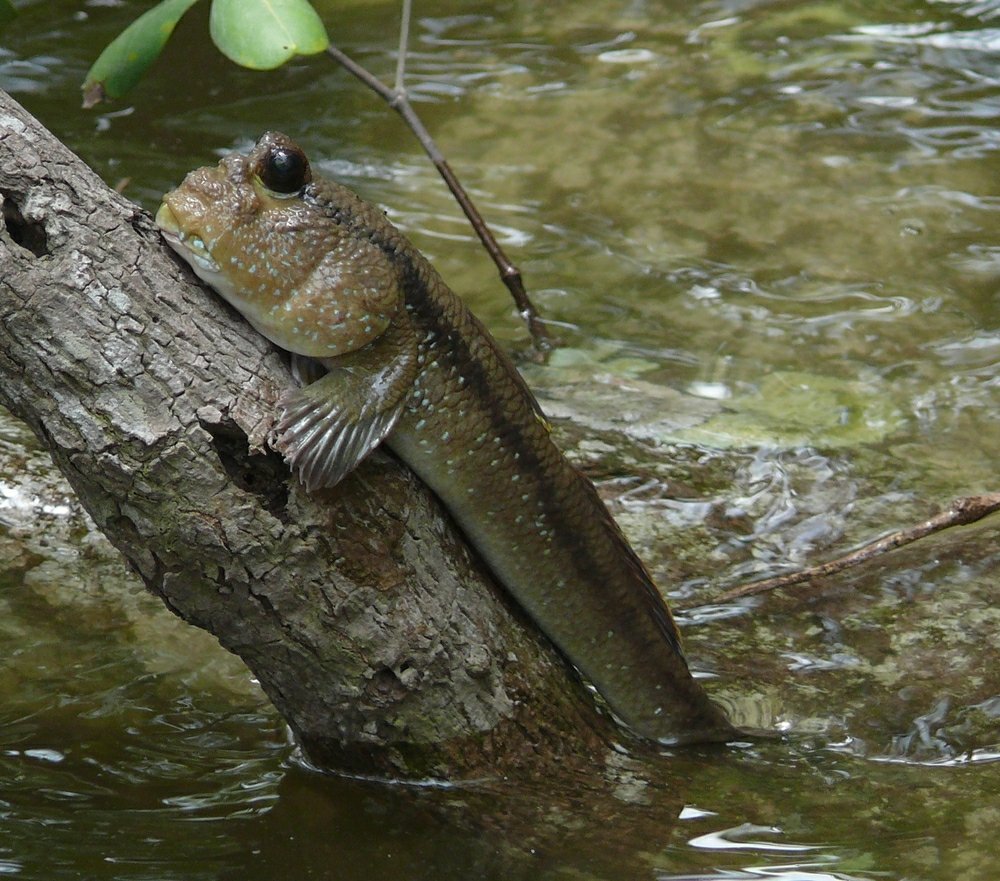 Thanks for reading! If you enjoyed this, I invite you to check out what I think of as my best work on “My BYOB List (My Personal Favorites)”.

Wai Ph.D, Jonathon. “Why Are We So Obsessed with Improving IQ?” Psychology Today. Sussex Publishers. 7 May 2012. Web. 29 March 2016. https://www.psychologytoday.com/blog/finding-the-next-einstein/201205/why-are-we-so-obsessed-improving-iq